Shanghai Zhongye Pharmaceutical & Chemical Co., Ltd. - Our factory is Jiangxi Synergy Pharm,which was set up in Taizhou of ZheJiang Province in 1996 and was re-organized in Jiangxi Province in year of 2003, and we have invited some capital investment from Saniver Limited HongKong in 2005. In terms of the capacity as well as quality level, we enjoy a leading position in mainland China. We mainly produce API&#039;s such as GABAPENTIN, REBAMIPIDE, VENLAFAXINE HCL, ACECLOFENAC, CANDESARTAN, ISOTRETINOIN , etc.. DMF documentation is available for main products. 95% of above API&#039;s &amp; intermediates are exported to more than 20 countries. furthermore, we attach much attention to R &amp; D for technical innovation and new products&#039; developmen 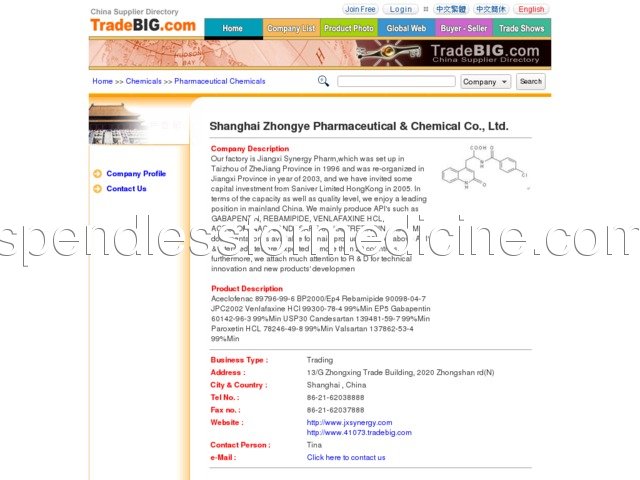