The You Revolution - The You Rev blog is a compliment to my newsletter, The You Revolution. This blog provides up to the minute proven science and information on midlife women's wellness, the information you need to stay fit, stave off disease and look and feel better than ever.If you are looking to create the life you imagine can be yours, one of health, living in power, experiencing joy--and having fun in the process, then bookmark this blog.Welcome to the You Revolution. 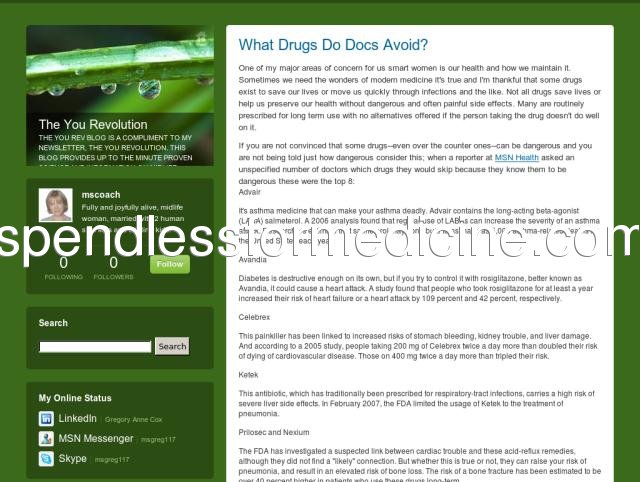